The Open Mobile Alliance announced today the election of Gary Jones of Deutsche Telekom/T-Mobile as Chairman of OMA’s Board of Directors. Bryan Sullivan of AT&T and Cecilia Corbi of Telecom Italia have been elected Vice-chairs. The election of the officers brings continuity to the ongoing work of promoting innovation in standards-setting processes, as well as market-driven perspectives on areas of engagement for new technical work items.

Newly elected to the position of Chairman of the Board at OMA, Gary Jones brings a wealth of mobile industry and standards experience. Mr. Jones is Senior Director and Head of Technical Standards Policy for T-Mobile USA, and along with his work at OMA, he directs and coordinates the efforts of the T-Mobile Standards Group in worldwide standards fora such as 3rd Generation Partnership Project (3GPP) and the ITU. Mr. Jones has held multiple management positions within the wireless industry at companies including Millicom International, Omnipoint and VoiceStream. In addition, Mr. Jones has held leadership roles in standards development organizations (SDOs) including Treasurer at OMA, Chairman of various wireless standards groups within ATIS, and Vice-chairman of the 3GPP Core Network and Terminals Technical Specification Group (TSG CT). He is currently Chairman of GSMA North America Standards Working Group and Vice-chairman of 3GPP Service & Systems Aspects Technical Specification Group (TSG SA). Deutsche Telekom/T-Mobile also contributes a number of members of its technical staff to leadership positions in OMA’s working groups including the Chair of OMA’s Location working group.

“OMA is a well-run and entrepreneurial organization with a long history of developing successful specifications, and I am honored to be chosen as Chairman of the Board of Directors,” said Mr. Jones. “As smartphones, mobile computing and the associated mobile applications become ubiquitous, I look forward to driving innovation in OMA’s work program and operations that result in specifications that bring value to our members and the mobile industry at large.”

Also newly elected, Bryan Sullivan of AT&T has accepted the position of Vice-chair of the OMA Board. Mr. Sullivan is Director of Service Enabler Standards for AT&T, and leads a team representing AT&T in a diverse set of standards-defining organizations, which along with OMA includes the W3C, GSM Association (GSMA), Alliance for Telecommunications Industry Solutions (ATIS) and Internet Engineering Task Force (IETF). AT&T has been a long time contributor to OMA and has headed a number of successful initiatives including OMA’s API program begun in 2010.

“The mission of the AT&T Service Enabler Standards team is to promote open standards supporting services that are innovative, ubiquitous, resource-efficient, and are driven by what developers need, in order to deliver what users want,” said Mr. Sullivan. “OMA offers member companies, including AT&T, an avenue to achieve this, and I look forward to helping define OMA’s future as a Board Officer.”

“I look forward to working with Gary and Bryan as fellow Board Officers,” said Ms. Corbi. “The mobile industry continues to evolve with players constantly entering the market with compelling applications and services. In 2013, OMA is focusing on delivering programs that enable the greatest market reach for these applications and services, while defining working processes that allow participation in OMA by a wide range of companies.”

OMA is the industry focal point for the development of mobile service enabler specifications, which support the creation of interoperable end-to-end mobile services. Over the years, OMA has delivered over 200 successful specifications, all publicly available on the OMA Releases webpage, for topics spanning messaging, device management, location-based services, augmented reality, federated mobile social networks and network APIs, among others. The 2013 OMA Work Program includes more than 60 releases, which will drive application interoperability and market reach across geographies, devices and networks. 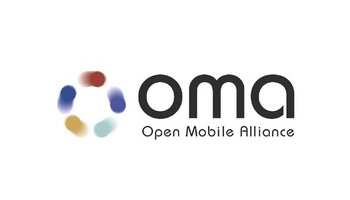