The M6100 is the new generation DVB-S2, DVB-DSNG and DVB-S modulator specifically designed for contribution of television and radio content, primary distribution of content and broadcast direct-to-home (DTH). M6100 modulators have been developed to serve existing uplinks as well as being future proofed for the upcoming DVB-S2 Extension standard due to be released later this year.

Smith continued: “Thanks to the support provided by the Sematron Technical Team, Arqiva was able to fully evaluate the new product and will be able to take advantage of its ability to upgrade efficiently for future needs. In addition, the short lead time offered by Newtec has been a key factor in the decision to go with the M6100.”

At the beginning of this year, Newtec’s M6100 Broadcast Satellite Modulator, launched at NAB in 2012, won the WTA Teleport Technology of the Year award, praised by judges for providing the greatest contribution to the business and operational success by lowering costs, increasing efficiency, enabling new capabilities and providing access to new markets.

Serge Van Herck, CEO, Newtec said: “We are really pleased with the performance of the M6100 which is a proven and reliable technology used by leading players like Arqiva. We have designed it to be compatible with all standards under development and it already has hardware on-board capable of achieving the highest quality and bandwidth efficiency. This will further increase when the new S2 Extension standard is released later this year.” 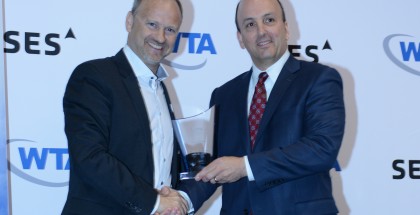