Broadband World Forum this year showcases a more exciting and diverse range of Dutch industry leadership than ever before. With an emphasis on digital innovation through connectivity which is particularly pertinent to the host city of Amsterdam, the world’s largest broadband event looks set to have its strongest year yet.

Championed by the Netherlands Ministry of Economic Affairs and I amsterdam, there is huge excitement to welcome Vice Mayor of Amsterdam, Carolien Gehrels, who will officially open the exhibition on Day One (22 October). This year the City of Amsterdam is the pilot city for the World Smart Capital – developing and advocating the application of ICT and smart systems in cities around the world. The Mayor and the City’s extensive support for the Broadband World Forum demonstrates insightful recognition of the importance of broadband and communications infrastructure to drive further cross-sector ICT and smart city growth.

Vice Mayor of Amsterdam, Carolien Gehrels, said: “Amsterdam strongly believes in the importance of broadband and broadband services as determinants of the future of the City. Since broadband applications in domains like healthcare, education and culture imply enormous economic opportunities, as well as advantages for society, Amsterdam invests heavily in broadband development. As cities and city regions look to drive digital development forward, it is events such as this that provide a critical platform for the market’s forward thinkers to convene and examine where the future of the industry lies and how best to get there.”

Similar sentiments were echoed last year by Neelie Kroes, Vice President of the European Commission responsible for the Digital Agenda, who returns to the event this year for a second time, with a thought leadership keynote on Day Two.

Celebrating its second year in the city of Amsterdam, the show boasts a diverse and influential line-up of Dutch industry leaders taking part in the world’s largest broadband conference and exhibition. The Dutch capital will host the event following a hugely successful first year in 2012, and highlights a number of key regional Government and industry figureheads supporting the programme.

The Broadband World Forum takes place on 22 – 24 October 2013 at the RAI Exhibition and Convention Centre. This year’s event centres on “Powering Digital Innovation Through Connectivity and Collaboration”, highlighting the revolutionary effect of broadband with smart cities, e-learning and consumer-centric strategies.

Commenting on acceleration in the global broadband market, Rob Gallagher, Head of Broadband & TV Research at Informa Telecoms & Media, said: “Total subscriptions will nearly triple over the next five years to pass 7.5 billion in 2018. Growing demand to access the Internet on the move means mobile services will account for the bulk of the growth, with 4G LTE services serving 1.4 billion out of a total 6.6 billion mobile Internet users by the end of the forecast period.”

Delegates at Broadband World Forum will benefit from an expansive programme delivered by over 300 speakers from disruptors and challengers, innovators and incumbents from the mobile, wireless and fixed environments. The three day event features five tracks exploring Virtualisation and the Cloud, The Customer Experience, Access Evolution, Mobile Broadband and Maximising Network Capacity. 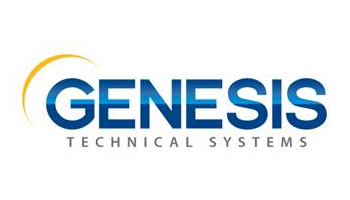