Calling All Pioneers of the Bioeconomy!

Five new award categories have been added to this year’s Bio Business Awards, designed to reward exciting and new innovations as well as tenacity in leadership within the industry.

“The excitement is already building for this year’s Bio Business Awards. They were initially launched to reward the early adopter companies who were pioneering this highly evolving space and creating truly sustainable bio based products from fuels, chemicals and bioplastics.” said Nadim Chaundry, CEO of Green Power Conferences. “Over the years they have gathered in both volume and quality of submission and are now a genuinely, highly anticipated diary date and are recognised by the industry as the industry benchmark! That’s why for the very first time this year, in response to clients, we are taking the Bio Business Awards offsite from the World Bio Markets Congress to the National Maritime Museum in Amsterdam for what will I’m sure be an evening to remember.”

With so many projects, products and organisations worthy of these deserving accolades, the nomination deadline has been extended and nominations are now being accepted up until midnight on 6th February 2015 (GMT).

The Bio Business Awards are held at the same time as the World Bio Markets conference and exhibition, which this year will be celebrating its 10th anniversary. The event continues to attract all the key market players from around the world and is an opportunity to get up to speed with all the latest industry news and innovation all in one place.

HGI Invites Organisations to Shape the Connected Home of the Future 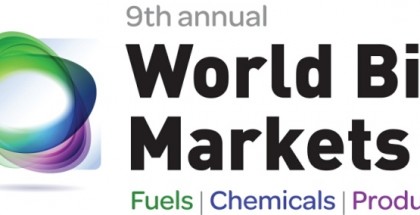