HomeGrid Forum has announced that Donna Yasay will be stepping down as President following a successful two years with the Forum. Under Donna’s leadership, the HomeGrid Forum has become a pioneer in the networking and communications market, ensuring G.hn products are multi-vendor interoperable even with multi-vendor silicon. speck candyshell iphone 7 plus case Since becoming President in March 2015, Yasay has overseen tremendous achievements including the first G.hn products to hit the global market. floral iphone 7 case In April 2015, member Comtrend brought the first G.hn Adapter (PG-9172 G.hn Powerline Adapter) to the retail market and in September 2015 the first G.hn products became available to purchase online in China through Alibaba and Taobao. 2015 also saw many ‘world first’ live demonstrations , including G.hn certified devices being shown for the first time at the CableLabs Summer Conference, the first G.hn Wave-2 public demonstration of 2 Gigabits per second for carriers, and the first live demonstration of G.hn performance using Broadband Forum’s standardized test plan, TR-208. iphone 7 plus phone case real leather In May 2016, member ARRIS brought the first G.hn router to the retail market through Amazon and Best Buy. The two-year period saw 26 products achieve certification from a total of 11 vendors and for different types of medium, including powerline, coax and phoneline. There were various types of design such as wall mounted and desktop devices to extend wireless reach, as well as integrated home networking router designs. linkin park iphone 7 case “G.hn is the number one technology to provide an ultra-broadband in-home experience, by extending Wi-Fi coverage and performance throughout the home and creating a true hybrid network using any of the available mediums,” said Donna Yasay, President of HomeGrid Forum. “HomeGrid Forum’s successful G.hn Certification program ensures all certified G.hn products are multi-vendor interoperable, even with multi-vendor silicon. iphone 6 plus cases with purse I am extremely happy that over the last two years HomeGrid members have submitted so many devices for certification and that the number of G.hn certified products has risen considerably.” In June 2015 Jazztel deployed and launched G.hn in the WAN as part of its FTTP fiber deployment, and a year later the MoCA Alliance’s v2.5 specification included G.hn features in its new specification. In May 2016, Liberty Global’s Ziggo division launched G.hn over powerline. mcr phone case iphone 6 Meanwhile, member Bell Canada deployed a powerline adapter specifically for 4K video, showing the true ‘plug and play’ nature of the technology in creating a smart home entertainment center. As part of G.hn’s move into the Asian market, the first accredited G.hn test house opened in Shenzhen, China at the end of 2015, while the Forum attended a number of key shows in Asia for the first time; CES Asia in 2016 and CommunicAsia in 2017. China Telecom also hosted the first China Plugfest in November 2016 and is now deploying G.hn for in-home networking. Other notable achievements in Asia included member Korea Telecom deploying a new medium (UTP) G.hn over 2-pair Ethernet and the successful trial completion of the first ever high-speed G.hn-based Electrical Vehicle Charging System (EVCS) in China. iphone 7 quad lock case This trial was completed by HomeGrid Forum member Xingtera, which was also named the first G.hn certified silicon vendor based in China in November 2016, following the successful certification of its XT1800 G.hn chipset, a high-performance product which allows networking over any form of cabling at a rate of 1 Gigabit per second. “During my time as President, the Forum also welcomed several new members including China Telecom Shanghai Research Institute, MaxLinear and CenturyLink. The success of G.hn in Asia is really promising for the future as the Forum looks at new markets. With other technology alliances shutting their doors, G.hn is becoming the de facto standard in the home. I am proud of the technology’s success and honored to be a part of it as President of HomeGrid Forum.” HomeGrid Forum wishes Donna all the best on her promotion to Vice President of Worldwide Business Development within Marvell. 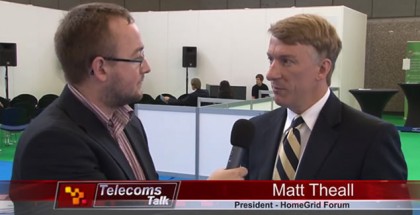