Prysmian Group, world leader in the energy and telecom cable systems industry, has been awarded a new contract worth approximately € 30 Million by UAE-based construction company Emirates Holding on behalf of major offshore oil and gas producer ADMA-OPCO (Abu Dhabi Marine Operating Company) for the design and manufacture of submarine cable links for the replacement of power feeding systems to Zakum offshore oil field, in Abu Dhabi.

The Zakum oil field is the first submarine electrification project planned by ADMA-OPCO and will be the benchmark for future projects aimed at developing and implementing a power distribution and transmission network among owned offshore oil fields, in order to increase capacity and improve reliability of their oil production facilities.

In detail, the project includes the design and supply of about 200 km of XLPE (Cross-Linked Polyethylene) insulated Medium Voltage submarine cables for the distribution of energy to oil towers and platforms, plus accessories and network components. The project will be implemented by the Group’s established offices in the UAE, using production from Pikkala (Finland) with first 70 km batch delivery in November 2014 and final delivery due by mid-2015. 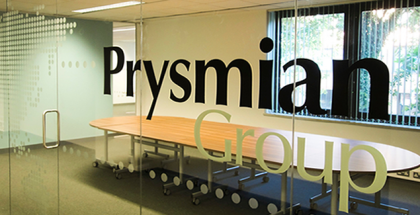