ATLANTA – December 9, 2013 – Reacting to an increasing trend of regulatory pressure and market movement towards scrapping European and international roaming charges, Movius Interactive Corporation has launched a new application to remove the threat of increasing costs for service providers.

The new roaming app, based on Movius’ myIdentites suite, automatically provisions a new local number when a foreign roamer arrives in a network. This benefits the subscriber by lowering roaming costs and removing the need to change SIM or phone. It similarly benefits the carrier by increasing customer loyalty and reducing the direct cost of roaming to them as the amount they can charge the end user diminishes.

Being either network or cloud-based it is the first platform in the world able to operate using both the visiting network’s circuit switched TDM and IP data network, ensuring a high quality of service.

“The landscape of roaming is in transition. External pressures are forcing operators’ roaming businesses to change – moving them away from being cash cows and taking on a minimized role. The roaming department now has to balance quality of service whilst trying to stifle a threat to revenues,” said John Green, Movius Vice President – Product Line Management.

Recent figures published in the Guardian newspaper claim that Vodafone, Orange and Telefónica say the end of roaming within Europe alone could cost them €7bn. T-Mobile and 3 have already taken action and eliminated extra charges for roaming. The regulatory pressure is also being increased with the EU pressing ahead with plans to ban charges for incoming calls from July 2014, with all other roaming charges scrapped by 2016.

“For almost all operators, but particularly those with a limited international footprint, this roaming trend can seem ominous. But with myIdentities service providers can keep a high level of quality of service for customers including calls, texts and internet connections whilst limiting the costs incurred when its native users venture onto other networks,” added Green.

The process for utilizing myIdentities for roaming is simple for the end user. Currently the common practice is to welcome a roamer to a new network with a text. With myIdentities this would be exchanged for a free app download that would have everything the user needs. For users needing to replace SIMs as they go to outside networks (foreign locations) this process simplifies the process as SIM replacement is not needed, thus adding ease for carriers as well as end users.

myIdentitiess for roaming is an extension of the service from Movius which allows consumers to have multiple identities on one device with one SIM card and without the need for a dual-SIM device. Alongside roaming it has many applicable use cases including for temporary number usage, social, PBX integration and Fixed-Mobile Convergence.

New Messaging Statistics Highlight Need for Carriers to Adapt to the OTT Revolut... May 15, 2013 | Editor 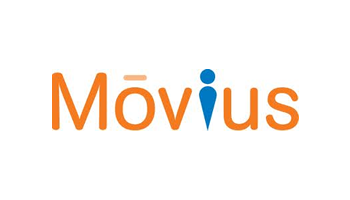 Movius and Monaco Telecom Team Up to Present European Cloud Solution to Telecom ... May 7, 2013 | Editor